Does an athlete’s Right of Publicity Trump Your Video’s Copyright?

So which right is controlling, your copyright or his/her right of publicity? Let’s look at a hypothetical involving pro Skater Paul Rodriguez. The answers may surprise you.

Paul Rodriguez is a 30 year old pro skateboarder from Tarzana, CA. P-Rod won numerous gold medal’s at Summer X Games and is sponsored by Nike among other brands. John Doe is a professional cinematographer and runs a production company called The Clover. John films P-Rod at Belvedere Skatepark in East LA and publishes the video on Vimeo.  John does not have a model release from P-Rod.

No. The Copyright Act is a federal law and Section 102 of the Act defines the subject matter of copyright as “original works of authorship fixed in any tangible medium of expression”, including “pictorial” works. Right of publicity statute[1] is a state law and is pre-empted in this case by John’s copyright. See Maloney v. T3Media, Inc.

3.  Is Mountain Dew in trouble?

Yes. P-Rod can file a lawsuit against Mountain Dew under California’s right of publicity statutes because Mountain Dew is commercially exploiting P-Rod’s likeness to sell more cans of Mountain Dew.  Mountain Dew could change the end use of the video and may be ok, see eg. editorial vs commercial end use.

If you’d like to talk to an attorney about video rights and ownership, or other legal issues surrounding video production, contact [email protected] and we can set up a short phone call.

[1] California Civil Code §3344(a) provides that “Any person who knowingly uses another’s name, voice, signature, photograph, or likeness, in any matter, on or in products, merchandise, or goods, or for purposes of advertising or selling, or soliciting purchases of, products, merchandise, goods or services, without such person’s prior consent… shall be liable for any damages sustained by the person or persons injured as a result thereof.” 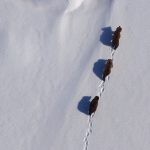