‘Adventure Not War’ takes us into mountains of Iraq revealing a seldom seen, beautiful underbelly in a place scarred with devastation. With this film we take a new approach to war, inviting veterans to rewrite their histories in places where they served and heal wounds deeper than flesh and bone. We hope this film will help promote peace and a universal understanding that beauty can replace hatred if we strive for adventure, not war.

TFF 2018 Documentary Short
Three U.S. veterans travel back into the mountains of Iraq on a mission to heal wounds and to experience the country and its culture, relieved of the shadow of war. Read More

Adventure Not War from The North Face on Vimeo.

“As a photographer, film maker and writer, I continue to travel to far reaches of the world, chase premier athletes and document stories of life as they unfold around me. The most rewarding part of my journey though has been the incredible people I have met along the way. I strive to always play a part in the world around me, and my camera allows me a unique perspective, and the impetus by which to capture it.”- Max Lowe 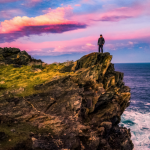 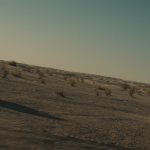 Spotlight // The Legend of SolorzanoSpotlight