This past fall, Justin Majeczky won a Nimia Film Grant to document his travels through Thailand. “Thankland” was filmed over a span of 3 weeks in October/November 2017 and beautifully captured by the husband and wife behind Varient3 Productions, Justin Majeczky (@majeczkyphoto) and Cady Majeczky (@drcadyshack). All 4K footage from the film is available for license on Nimia (nimia.com).

We spoke with Justin about his time in Thailand and how he balances shooting income generating commercial work with personal passion projects.

Thailand – A 4K Travel Film from Justin Majeczky on Vimeo.

How did you get into filmmaking?

My history with filmmaking started when I was very young. My grandfather was a photographer and had a studio in his basement with a darkroom. So, I grew up around photography. I picked up my first camera when I was 13 and just started snapping away. I started shooting in film right around the time the digital age started to take over. My school got a 3.5-megapixel camera and I remember playing with that and thinking, yes, this is the future. I saw the potential in digital at a young age. Unlike a lot of my friends in high school, I always knew what I wanted to do. It wasn’t a question, it was photography and filmmaking.

So, fast forward to 2009. I moved to Lake Tahoe, California. That’s when I started to really take my passion seriously through freelance work. I acquired clients and built it a business to a point where that’s all I do now. My company, Variant3, does a lot of commercial work for brands and  promotional content. We license time lapses and shoot product photography – we do a little bit of everything.

You work with your wife, Cady, right? What is that working relationship like?

We have a great working relationship. She’s actually a veterinarian by trade. But, once my business started taking off, I needed extra help. She took on some hours and, eventually, I asked her if she wanted to be my producer.

She’s the Yin to my Yang. I can be the crazy artist and all over the place, who can’t remember where I left my shoes. But she’s super organized and keeps me straight, which is definitely needed. She’s helped me structure the company to the point where we are now. She still does relief vet work – like substitute teaching for veterinarians. She does that part-time and helps me part-time and it allows our schedules to be flexible. She can help me when I need it and then when I have fewer projects, she can go work as a vet. It works out really nicely.

How did you end up in Thailand?

Two years ago, Cady and I went on a two-month road trip across the United States. We took our dogs and made a little travel film. It had a nice warm and fuzzy feeling and people seemed to really gravitate towards it. After that, I was talking to Zachary McIntosh (Nimia Co-founder and CEO) who mentioned that Nimia was starting to sponsor filmmakers. He offered to send us somewhere to make a film and collect stock footage to license on the Nimia platform. Of course, I was very honored. It actually blew my mind. There were other people, like Ty Evans, who were given these grants, all these guys I had looked up to for so long. Even being considered in the same realm seemed illogical to me [laughs].

We ended up choosing Thailand because it seemed like an interesting cultural location. And there are beautiful beaches and blue water, which seems to do really well as stock footage. Plus, it’s really cheap. We could go there and spend three weeks. But if we went somewhere else, like Switzerland, we could maybe only spend a week. It just seemed like a perfect fit for our first dive into travel-abroad filmmaking.

What kind of camera gear did you bring? And how tricky was it to travel around with it?

That’s an important part of the trip that I haven’t mentioned yet. My goal was to do this trip in a way that was accessible and easy for others to replicate. I owned a Red camera at the time. I could have taken that, plus all the batteries and lenses, etc… But when you are traveling around a country for three weeks, that’s pretty impractical. Especially because we had a crazy schedule – we’d spend two or three days in one spot and move on to the next. My big Red camera would have been a hassle.

So, I ended up just taking a Panasonic GH5 camera, which shoots great quality video footage and is accessible and inexpensive. I wanted to prove that you don’t need a big budget to make a film that’s interesting and something that people will attach to and enjoy. I just had one backpack with a camera, a couple of lenses, a little gimbal and a tripod.

It was also nice, because if you did take a Red and you wanted to visit temples and busy locations, people may have a lot more questions for you or might require you to have a permit. But going with a small camera, you blend in as a tourist. And it’s a really good way to circumnavigate that issue of people asking you questions on the street. Even 4-5 years ago you couldn’t really do that – collect really high-quality footage with such a small camera. So, it was really nice to blend in as a tourist, but still be effective. It was a fun challenge.

What was your favorite place, either as a shooting location or just as a travel destination?

My wife and I agree that by far our favorite place was the elephant nature park. I’d never met an elephant before, so that just blew my mind. They are so huge and intelligent. We hung out with three females and they were playful and loved to eat everything. It was really amazing to look into their eyes and see that they were sentient beings – it nearly made the hair on the back of my next stand up.

This park recently started doing a nature walk with them. You walk along a road with the elephants to a huge overlook where you wash and feed them. Normally, you don’t get to be that close to them. It was just wonderful.

What is your goal as a filmmaker? And what’s next for Variant3 Productions?

Right now, I’m trying to cook up my next film. I’d like to dive more into the documentary filmmaking realm. I love making time lapse films, I love making travel films, but I’ve realized that I also really love telling stories. And I think people really attach to stories, too. So, It gives you a broader reach for your output. As a filmmaker, I constantly feel like I want to do this and that. It starts to pile up. But documentary and storytelling is generally the direction I want to head in next.

I also firmly believe that if you aren’t doing personal projects and just work all the time, it turns something that you were passionate about into just a job. If you work for clients all the time, it’s almost worse than a 9-5 because you started as doing something you enjoyed and loved and turned it into a mundane step-and-repeat process. So, I firmly believe you should work on at least one personal project a year – something you can pour your heart and soul into. Something you can also benefit from because can show the world your vision. Personal projects can lead to more work and can show you off as an artist.

So, I’m looking forward, whether that’s more fun films with my friends or doing it solo. Of course, there’s always going to be corporate commercial work to pay the bills. But, making sure I’m mixing in my own ideas is the most fun and engaging way for me to work.

Special Thanks: Nimia, Chad Davies, Chanelle Bessette, Joseph Hinds, Mizu and all the friendly Thai locals we met along the way.

” I am a freelance destination multimedia specialist who practices photography, timelapse film making and aerial cinematography. I love to travel, explore and meet new people. If you have a project in mind I’d love to talk “- Justin Majeczky
License Varient3 / Justin Majeczky Footage
Thailand // by Justin Majeczky2018-04-232018-09-05https://nimia.com/wp-content/uploads/2015/12/Nimia-logo_white.pngNimiahttps://nimia.com/wp-content/uploads/2018/04/VARIENT-3.png200px200px
Footage Marketplaces
Navigator 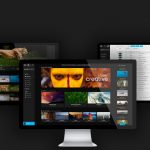 How Do I License My Footage Online?Legal, Uncategorized 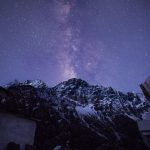