Behind the lens with Matthew Vandeputte 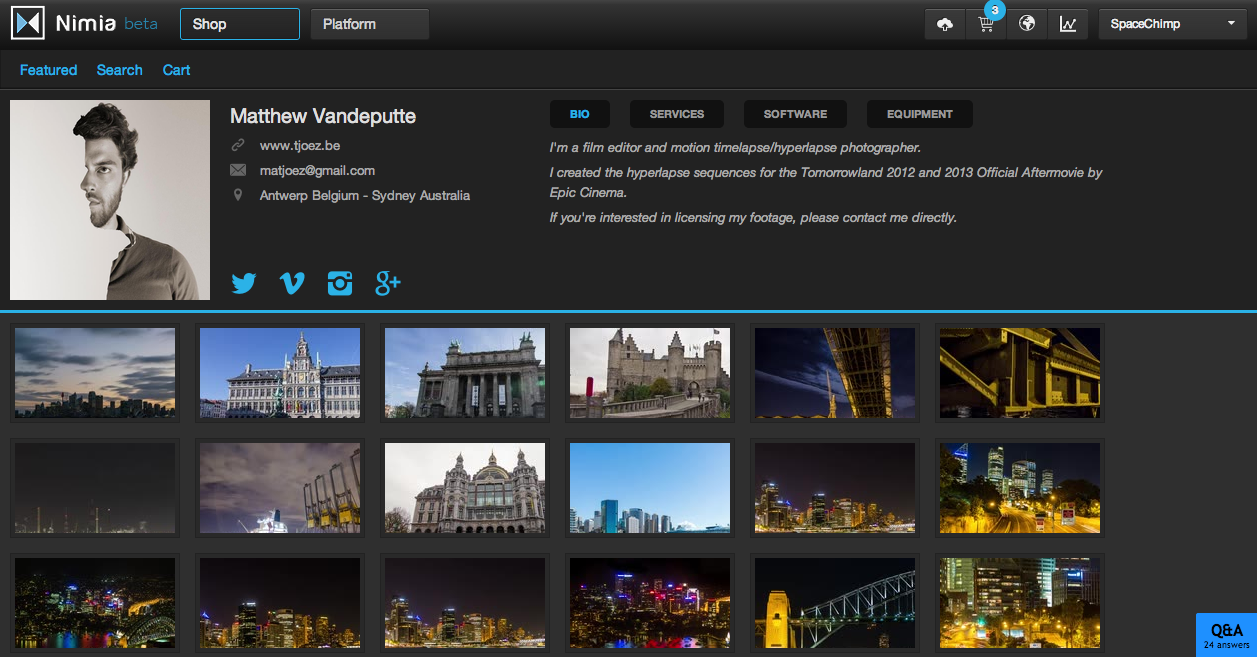 Director Matthew Vandeputte is from Antwerp Belgium and specializes in a rare commodity, hyperlapse photography. Unlike time lapses that are typically shot stationary or over short distances, hyperlapses cover much longer distances to capture multiple angles of a specified target.

“I haven’t seen that many hyperlapses,” Vandeputte said. “…not a lot of people are familiar with the technique and knowing you’re using a new technique to capture stuff that’s already been captured by everyone is pretty cool.”

The Belgium native got his start in the photography and filmmaking industry after attending four years of film school in Belgium, earning a degree in film editing a year ago. Two years ago he found himself shooting videos focusing on the nightlife scene, but decided that this type of video work soon became mundane and not challenging enough. It was then that Vandeputte decided to explore timelapse and hyperlapse photography.

“I really enjoy showing people stuff that they’re used to in a new way, which is why hyperlapse is so interesting,” Vandeputte said.

His big break came when he was hired by Belgian based production company, Epic Cinema, to shoot for a day at the 2012 Tomorrowland electronic music festival in Boom, Belgium, located just outside of Antwerp. His work would be featured in the 20 minute Tomorrowland aftermovie that has now gained more than 86 million views on Youtube.

Epic liked the hyperlapses that Vandeputte put together so much that they kept him for the four full days of Tomorrowland 2012, and invited him back for the entire Tomorrowland 2013 shoot.

“Tomorrowland last year was super cool, but I would say Tomorrowland this year is probably the shoot that changed my career,” Vandeputte said. “I’m very much looking forward to the reactions from the video.”

Because hyperlapse photography is so new, it takes a lot of time for Vandeputte to put together a quality piece.

“It’s a lot of prep work. You have to analyze where you’re going, how fast you’ll be going, the distance you’re moving,” he said. “Then there’s the shoot itself, which [requires] a lot of concentration. One bad photo could screw up an entire sequence. Then post-production work is very time consuming. It takes the longest to produce the video itself.”

Vandeputte will soon be traveling back to Sydney, Australia to work on more hyperlapse and timelapse projects. To view Vandeputte’s licensable work on Nimia click here.

Links & Resources
Contact Us
Ninu Inc. © 2020 - All Rights Reserved
California | Land of Many Faces, by Brennan VisualsSpotlight
Robbers, giant flies and extreme cold – part of the job for Andrew WalkerSpotlight