“Behind the Lens” featuring Vincent Laforet is a series the explores the lives, inspirations, and motivations of the world’s prominent visual artists. What sparks that creative flame and what passion sets it ablaze? Dive into a unique perspective and discover what life is like through the eyes of the world’s most influential visual artists. “Behind the Lens” was produced and directed by the team at Helio Collective.

Thank you for the support 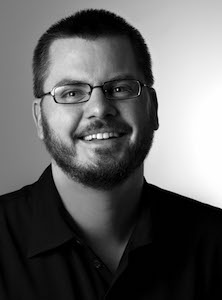 Vincent Laforet is a Pulitzer Prize winning photographer and critically acclaimed director. He gained National attention with his post 9/11 coverage of the Middle East for the New York Times. In 2008 he directed the first commercial shot on a DSLR and was thrust into prominence in the filmmaking community. Today Vincent works on projects for major clients such as Apple, Nike, Adobe, Zeiss, and Canon. He is a mentor to thousands of filmmakers, both seasoned and aspiring, who look to his blog for wisdom.