Careful what you capture! The Do’s and Don’ts of Trademarks in your Videos

Today it is almost impossible to shoot video without capturing a trademark.  The legal landscape surrounding trademarks in videos is fraught with exceptions and legalese that make it difficult for video producers to determine when there is a legal issue to be considered.   This article is a first in a series devoted to the legal issues of trademarks in videos.   Like any legal topic there are a ton of exceptions, below is a good road map for media producers.

Why is Trademarks in Videos a Concern?

For some companies, a trademark is their most valuable asset.  For instance, Coca-Cola’s trademark is valued at $78 billion.[1]  Hence, many companies protect their trademark with a vengeance.

What are current video producers doing?

Some video producers spend money to clear rights to every product that appear in their production.  They do this because they believe it is cheaper to clear the rights to the product than it is to fight a future trademark infringement lawsuit.  Other video producers simply remove trademarks appearing in their production because they can’t afford to clear the rights to the products.  And others let the trademarks remain in the video.  So what’s the correct thing to do?

What Should You Do?  -> Step One:  Define your project

You just shot some amazing video footage but you captured a host of trademarks in the video.  What do you do?  The first step is to ask how your video footage will be used?

(b)  If the trademark captured in your video is used to show endorsement of the product you may have a problem, but let’s use some examples to see how this pans out.

If you create a commercial spot for a car polish company can you use a Porsche 911 with its infamous trademark in the advertisement?  This will depend on how it is used.  If the focus is squarely on the car polish you may be legally ok, but if the Porsche trademark is right next to the car polish’s name, you probably have a problem.  The reason being is that you are incorrectly communicating to consumers that Porsche is sponsoring or endorsing this particular car polish when in fact Porsche is not sponsoring the car polish.   For more info see Liquid Glass Enterprises, Inc. v. Dr. Ing. h.c.F. Porsche AG, 8 F. Supp. 2d 398, 1998; New Kids on the Block v. News America Pub., Inc., 971 F.2d 302, 308, 20 Media L. Rep. 1468, 23 U.S.P.Q.2d 1534, 1539 (9th Cir. 1992).

Trademark law wants to protect two things:  (i) protect consumers from deception and confusion over trademarks, called likelihood of confusion; and  (ii) protect the owner’s trademark as if it was property, called likelihood of dilution.  If you want to get nerdy and learn more, read the attached legal memo our legal team drafted for you.  You can also always contact your Nimia intellectual property agent with any questions. 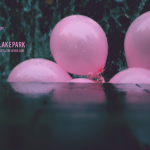