The boys over at Anthill Films have just dropped their newest nugget of gold that is, simply put, NotBad. Featuring seven riders from around the globe, the crew filmed “bicycle tomfoolery” for 30 days down in New Zealand.

Though the film has no intro nor end, the style and swag Brandon Semenuk and R-Dog throw down will have Macklemore trading in his flannel zebra jammies for a second-hand bike! 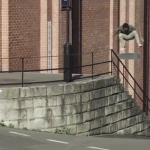 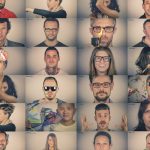