Our friends at Freefly Systems released two new products that push the boundaries of what is possible with a camera. The ALTA is a new drone that can carry the camera on top, allowing it to look up and make fast forward moves without getting rotor blades in the shot. The MIMIC is a new controller for their MōVI gimbal system that allows the director to pan, tilt, and roll with the shot to achieve the framing they want.

“The Journey” is the first production to capture shots with the ALTA and is shot with the new ALEXA mini. The piece is a collaboration between Freefly Systems, ARRI, and Mindcastle.

“Moments // New York City” is a collaborative cinematography film by Tim Sessler and Cameron Michael, using the FREEFLY MIMIC. Shot over the course of 3 days on the RED Epic Dragon with a 50mm KOWA Prominar and stabilized with the MōVI M15. 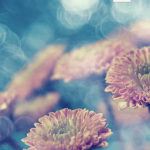