By Eric
July 23, 2014
Jeff Taofledermaus has a youtube.com channel where he creates and posts videos. Like any video creator, he owns the copyright in his work and has the right to decide where and how his videos are used. NBC Dateline decided to remove Taofledermaus’ watermarks and use his slow-motion rat trap videos in an NBC Dateline spot about a murderer without paying Taofledermaus or asking him for permission. As far as copyright law is concerned, NBC is trapped like a rat, no pun intended. If you’ve had something similar happen to you, contact your Nimia Agent at [email protected] Below is the video Taofledermaus posted on youtube and reddit.  Here is the link to the reddit page:  https://redditjs.com/r/videos/comments/2bhsu3/nbc_stealing_youtuber_content/
“NBC Stole My Video Content”2014-07-232014-09-25https://nimia.com/wp-content/uploads/2015/12/Nimia-logo_white.pngNimiahttps://nimia.com/wp-content/uploads/2014/07/Screen-Shot-2014-09-25-at-11.23.34-AM.png200px200px
Footage Marketplaces
Navigator 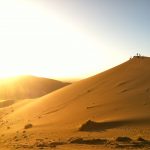