Raphael Pirker was fined $10,000 by the Federal Aviation Administration for using a drone to shoot a promotional video over the University of Virginia in Charlottesville.  Last week, Patrick Geraghty, the administrative judge, ruled against the FAA and reversed the fine.

The judge determined the FAA had no authority over small, unmanned aircraft when it imposed the fine on Pirker.  The Judge said that at the time of Pirker’s flight to shoot a promotional video, “there was no enforceable FAA rule” on the type of model aircraft he used.

The judge reasoned that had he accepted the FAA’s argument, it would mean that “a flight in the air of a paper aircraft, or a toy balsa wood glider, could subject the operator to” FAA’s penalties, Geraghty wrote in his decision.

What does this mean for the commercial aerial filmmaker?   Subdued excitement, the FAA is appealing the decision.  The good news is that Hollywood and other groups are lobbying Congress for favorable drone regulations.  The Motion Picture Association of America spent $4.11 million in 2012 and 2013 lobbying for favorable commercial drone regulations.  In addition, farmers, real-estate agents, and criminal-defense lawyers are among at least 68 groups with political interest in drones, according to Center for Responsive Politics.  Amazon.com Inc., the Seattle-based online retailer, has also lobbied for favorable drone regulations after Chief Executive Officer Jeff Bezos announced he hopes to deliver packages by drone someday.

At the moment, commercial drone use hasn’t been permitted in the U.S. as the Federal Aviation Administration struggles to write regulations. A proposal allowing limited commercial operations for drones weighing less than 55 pounds (25 kilograms) is due by the end of the year.

Below is a short synopsis Nimia created for filmmakers with more information about using drones in their commercial projects.

Drones: A Short Synopsis for Filmmakers

The United States government’s use of drone technology in Iraq and Afghanistan has helped improve the technology for civilian drones.  Many of these new civilian drones are being used to capture aerial footage by filmmakers.  Before we jump into the legality of operating a civilian drone,  let’s define what the word “drone” means.

What is a Drone?

The word “drone” is used to represent anything without a human pilot on board.  This can include anything from your local hobby store’s least expensive radio-controlled aircraft to the Predator. The FAA refers to drones as an unmanned aerial system or UAS.

Radio-controlled helicopters have been on the wish list of filmmakers for decades. But until recently, cameras have been too heavy and the cost of radio-controlled helicopters too expensive. With the advent of lighter weight video cameras and new drone technology like the stability of multi-rotor systems, it’s now practical to have a relatively low-cost platform to shoot aerial video.  Here is a great link providing an overview of different drones available for purchase in the market:  http://www.bhphotovideo.com/indepth/video/hands-reviews/introduction-radio-controlled-aerial-photography

The Federation Aviation Administration has many rules regarding flying an unmanned aerial system.  To keep the FAA off your radar, you should: (i) keep your UAS in sight; (ii) never fly more than 400 feet above the ground (don’t fly within five miles of airports; (iii) never fly near people; and (iv) never fly where you can cause property damage; (v) do not operate drones capturing videos for commercial purposes.

Les Dorr, a spokesperson for the FAA out of Washington, D.C., was quoted saying, “…if you are taking video for your own personal use (including YouTube) and you’re not going to do anything else with it, and you adhere to model aircraft guidelines, you’re okay…” but he continues, “…you cannot sell the video, and you cannot take money for shooting the video.”  At the moment, commercial drone use hasn’t been permitted in the U.S. as the Federal Aviation Administration attempts to write new regulations. A proposal allowing limited commercial operations for drones weighing less than 55 pounds (25 kilograms) is suposedly due by the end of the year.

Can You Get a Permit?

In 2012, President Barack Obama mandated the FAA to open the skies to private commercial drones by 2015.  An FAA spokesperson recently said, “…proposed small unmanned aircraft rules (under 55 pounds) could be coming out later this year and will likely cover this (shooting video with small aircraft commercially)…”.  Earlier this year the FAA announced six locations that will act as test sites for unmanned aircraft systems. Before the FAA allows widespread use of drone aircraft around the country, it will use these test sites to be sure that people in the air and on the ground will be safe. The six test sites include the University of Alaska, State of Nevada, New York Griffiss International Airport, North Dakota Department of Commerce, Texas A&M University – Corpus Christi, and Virginia Tech. The FAA says that the six test locations give it a cross-country geographic and climatic diversity. The test sites will also use and schedule access to the test zones for all parties interested in using the sites. The test sites will be operational until February 13, 2017 under the current law.

What would happen if you decided to take your chances and operate drones for commercial footage purposes?  Currently, the only risk is a fine.

So Where does This Leave You?

Unmanned aerial video systems are in a category of new technology that allows for illegitimate purposes:  someone mounting an explosive rather than a camera; or someone flying into the backyard of a celebrity’s house to capture scandalous footage, just to name a few.  The law is still trying to play catch up to allow legitimate commercial uses of unmanned aerial footage.   Contact your Nimia Intellectual Property Agent for specific details on your next flight. 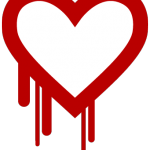 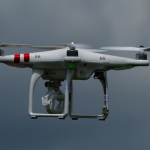 Who Owns the Air Apace and Why?Industry News