In a commercial video production you may have 3 or 4 different entities working on the video project: Client, Ad-Agency, Production Company, and one or more Free-Lancers. The following article is a real life example of the confusion that can take place over ownership rights to the video. The names have been changed to protect the parties involved.

In February client, T-Mobile, hired an ad-agency, Publicis, who then hired RedKiss production company, who then hired John Bovi, a freelancer, to shoot content for the project. John’s duties were purely executional.

Unknown to John there was a written contract agreed between T-Mobile, Publicis and RedKiss that gave T-Mobile all rights to the work and kept the work confidential until release in June. John did not sign a contract nor was he informed in anyway way of a written agreement. In March John used unused footage he had shot and created his own edit and contacted some architecture firms. John also uploaded it to Vimeo. The film found quick success and hit 10K views on Vimeo. The client T-Mobile was not happy and wanted it taken down.

Who owns the rights to the video?

If you’d like to talk to an attorney about video rights and ownership, or other legal issues surrounding video production, contact [email protected] and we can set up a short phone call.

After all, if your topic doesn’t interest them, then they are not going to really be interested in reading tick this the right now your paper . 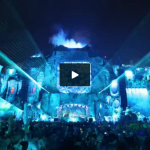 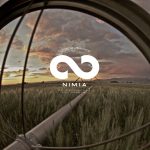